I believe the character of musical expression is strongly tied to the physical form of an instrument. A saxophone is not a theremin is not a violin – but why not? It’s not just the different timbre and range, it’s that each instrument shape evokes a particular framework for emotional expression. A different feeling is suggested by the act of blowing breath into a saxophone than by drawing a bow across a string.  A violin wants to be played like a violin, a guitar like a guitar, a sax like a sax, a flute like a flute – each different physical shape and method of playing an instrument yields its own unique mode of expression and musical emotion.

What if we combine the sculptured reality of acoustic instruments with the limitless sonic universe provided by electronic synthesis and virtual instruments?  We’ll create physical musical instruments having a defined framework of expression within which they can have many different voices. A sax will always feel in some way sly and sexy to play, but the range of tones available will be much greater. (The trumpet, with its various mutes, works this way. Its physical shape and method of play defines the “trumpet” framework of expression, yet the different mutes profoundly change the timbre of a trumpet.) I have methods for achieving this in mind for most instruments, but I’ve chosen stringed instruments and the guitar in particular to introduce these concepts. This is Acoustic Synthesis™, the focus of my creative work in electronics.

This is a photo of a rather unusual device that attaches to any acoustic guitar having a standard sound hole. It transforms the guitar into a system capable of Acoustic Synthesis™.  It’s the result of a personal R&D project I’ve been working on since 2009. (And going back to 1979, but who’s counting.) This work has evolved into the Vo-96 Acoustic Synthesizer™.  (This photo is of the earliest prototype. The Vo-96 gained an improved user control area before it was shipped to the backers of the Vo-96 Kickstarter.)

We’ve had a successful launch through Kickstarter and continued taking commissions until the initial 100 units were all spoken for. These first Vo-96 Acoustic Synthesizers have been out in the field for a few years now and I’m proud to say that some musicians have found the Vo-96 to be indispensable. For me, seeing my invention come into reality and meeting musicians willing to invest time in experimenting with new musical ideas around the Vo-96 has stirred imagination. I’ve learned so much from their experiences and feedback. My focus now is on finding a way to create a more integrated and more fully evolved Vo-96 product.

Most recently this has led me to develop the EMpick™ a device that uses my most recent work in single-string hand-held device. The next Vo-96 will incorporate the knowledge I gain from the EMpick.

With Acoustic Synthesis™ any acoustic musical instrument – any object that makes a sound – can be enhanced to bring out its hidden acoustic voice.

So far I’ve worked mostly with vibrating strings. A string is a wonderful natural resonator capable of vibrating at all harmonic frequencies natural to the string’s resonance. It’s quite a challenge to coherently control these vibrations because a string changes its physical characteristics as it is fretted, stretched or otherwise manipulated in the course of playing music. It was decades ago that I discovered and subsequently patented an effective method for doing this. Today I know of several methods that all work, though with varying precision and range. The next Vo-96 will employ more than one method of control and will automatically use the best method for the particular situation.

But I think also of potential new instruments – playable objects of acoustic art. More possibilities than I will ever be able to get to myself, which is why I’m offering technology licenses on very reasonable terms to any company wanting to join me in exploring this huge new space.

Bob Moog’s pioneering work sparked the wider use of electronic music technologies.  Musicians have gradually over the decades accepted and become familiar with using synthesizers to create and explore an endless variety of sounds electronically. I’m saying we are now beginning to extend this idea into the physical realm. We can make the virtual become real. We can artistically create new sounds by bringing out modes of vibration that have up to now remained hidden within the material objects we call musical instruments.

Thank you for visiting! 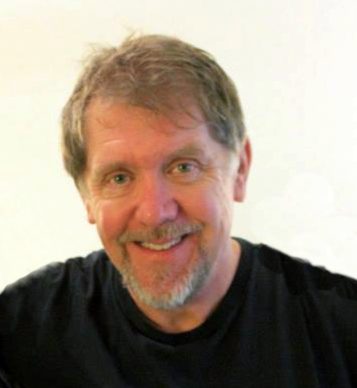